A Strategy for Taking Advantage of the Market Meltdown 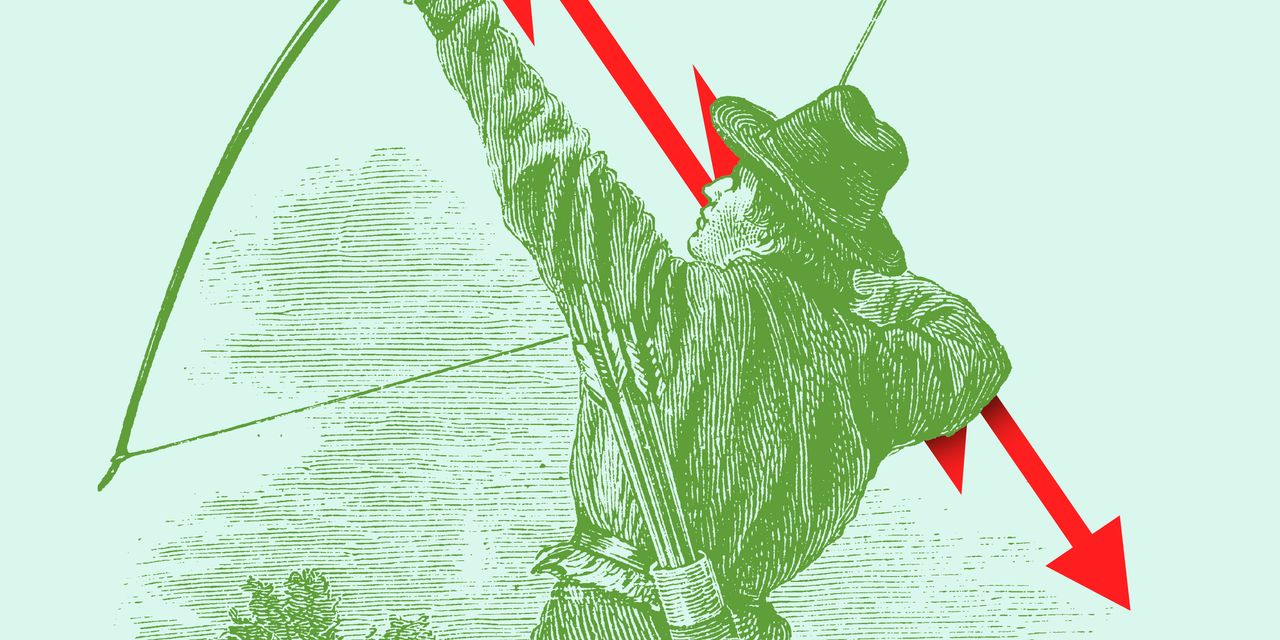 The market’s recent plunge has been brutal.

But for people with traditional individual retirement accounts, the silver lining is that today’s lower account balances can be used to reduce income-tax bills in retirement.

The key is a strategy known as the Roth conversion. This allows account owners to transfer some or all of the money in a tax-deferred IRA to a Roth IRA, a retirement account into which you contribute after-tax dollars and get tax-free withdrawals.

Although you will have to pay income tax on the transfer, due to the tax cuts enacted in 2017 many people stand to pay a lower tax rate today than they would by deferring the payments until retirement, says William Reichenstein, a professor at Baylor University and a principal at Income Strategy, an online service that helps retirees plan tax-efficient withdrawals.

“It’s a good time to think about a Roth conversion,” said Prof. Reichenstein. The decision, he added, comes down to a comparison between your current marginal tax rate and the rate you are likely to pay in the future.

With asset values beaten down and income-tax rates scheduled to increase in 2026 when the tax cuts enacted in 2017 expire, “there is a window now where it’s super-attractive in my opinion for most people to consider conversions,” said Robert Jeter, an adviser in Salisbury, Md.

Why bother converting? Once you hold a Roth for at least five years and are age 59½, future withdrawals of both principal and appreciation are tax- and penalty-free. Moreover, you won’t ever have to take a required distribution from a Roth (although beneficiaries who inherit these accounts must take them).

With a traditional IRA, individuals generally get to subtract contributions from their income and reduce the taxes they pay. Amounts in the IRA then grow tax-free, but account owners must pay ordinary income tax on the money when they withdraw it in retirement. With a Roth IRA, there is no upfront tax deduction. The money grows tax-free and can be taken out tax-free.

In retirement, people with Roth accounts can take tax-free withdrawals to supplement their taxable income and stay within a lower tax bracket. Some may be able to use Roth withdrawals to reduce the portion of their Social Security benefits that are subject to income tax, or reduce or avoid the surcharges on Medicare premiums that kick in above $87,000 in income for individuals and $174,000 for couples.

To make a Roth conversion worthwhile, the account owner should ideally pay the tax using money outside the IRA, said Ed Slott, an IRA consultant in Rockville Centre, N.Y.

For many people, a more palatable approach is to convert just enough from a traditional IRA to make full use of their current income-tax bracket.

For retirees, the best time to do Roth conversions is before claiming Social Security and taking required minimum distributions from traditional 401(k)s and IRAs. Those distributions start at age 70½ (for those born before July 1, 1949) or at age 72 (for those born after June 30, 1949) and can’t be converted. So once retirees start taking them, it is harder to do Roth conversions without ending up in a higher tax bracket.

Prof. Reichenstein said retirees who convert in the early years of retirement, when their taxable income is low, may be able to “make their portfolios last up to seven years longer.”

Here’s how to do it:

Consider a man who retires at age 62 with $1.3 million in assets, including $1 million in a regular IRA and $300,000 in a taxable bank or brokerage account.

If he plans to spend $75,600 in 2020 and adjust the amount annually for inflation, the conventional solution is to claim Social Security at 62 and withdraw the rest from the taxable account.

In the interim, Mr. Meyer says the man should withdraw the $75,600 he needs from the taxable account. If that account holds cash or can be liquidated without triggering much in the way of capital gains, the retiree will find himself in a low tax bracket—and the $300,000 account will support him for about four years.

From 2020 to 2025, he should convert enough money from his tax-deferred IRA to fill the 22% tax bracket each year and deposit the money in a Roth, where it can grow tax-free.

As the Roth’s balance grows, the man’s tax-deferred retirement account will shrink—to about $700,000 from $1 million over five years due to the conversions.

Beginning in 2026, when tax rates rise, the man should change his withdrawal strategy, by taking out enough from his tax-deferred IRA to fill the 15% bracket—and using the Roth to cover the rest.

That will help him reduce taxes on his Social Security.

To see why, consider what will happen in 10 years, when the man begins taking required distributions. If he waits to claim Social Security until age 70, by 72 he will receive over $40,000 in benefits—or 77% more than he would have gotten if he had claimed instead at 62, says Mr. Meyer.

Thanks to the Roth conversions, the man is also likely to reap other tax benefits. Because his tax-deferred IRAs will be smaller, when required distributions begin at 72, the withdrawals—and the taxable income they create—will be lower.

And he can use tax-free Roth withdrawals to supplement his income in years in which taking more from the traditional IRA would push him above the 15% tax bracket. The tax savings are likely to extend the life of his portfolio for as long as five years, Mr. Meyer figures.

Write to Anne Tergesen at anne.tergesen@wsj.com